The Permanence of Recording

Studio recording is part of many musicians’ careers; it’s a permanent snapshot of our own story. When the Miles Upon Miles Recording Sessions in Brooklyn were complete, the snapshots felt getting the outside pieces of a jigsaw puzzle all figured out. It’s that point where you can see you’ve a long way to go, but now there is a frame of reference and something for you to work from. The studio recording process itself is pretty straightforward, this is that you’re recording something you already know how to do. However, my first trip into that foam padded studio sound booth got me a little nervous. A lot had built up to this project and the permanence of recording was in the back of my mind — flashback to when this moment was just a proposition. (Live) “For some crazy reason us musician’s go to great lengths to share their music.” A conversation started with a producer as I was cutting my teeth in the City. We met at my Brooklyn show in the Tea Lounge and talked about recording. From there I began preparing a collection of songs that would work well togethee. I didn’t know it at the time, but the effort that it takes to “launch” an EP would feel more like personally hauling a satellite into its orbit by the time it was done. The independent music scene is grueling, but turning live music into your own audio snapshot is special – this song even turned into a music video. So, back in the studio in Williamsburg, Brooklyn — I enter into the sound booth with my guitar, put on the headphones and start laying down the first song. Through several sessions that month we would meet up for a few hours and lay down two or three takes of a song. By the end of that month the sessions were complete. So started the postproduction parade to the Miles Upon Miles EP release. (Live) “Hey everybody, I’m Chrisptoher Battles. How’s it going this afternoon? Nice to see you and welcome to the EP release of Miles Upon Miles. It’s kind of like something I’ve been working on for a while. The culmination of a lot of months and years of thoughts and tunes. I hope you enjoy it over the next about a half hour here. We’re going to have a nice time. So sit back, relax – welcome to Rockwood. This is Miles Upon Miles, it’s about riding your bike against the wind – and the ways of the world, of course.” That release day was a milestone, just one milestone on the way to a destination still yet to be determined. I wish everyone would get a chance to reflect on their own lives and see the pages turning, the chapters being written, as this project and songwriting does for me. All this, now just more pieces of that puzzle, with many, many stages yet to be walked upon and many more miles to be traveled – it’s my pleasure to share my inspirations along the way. Listen to the audio broadcast on NCPR here 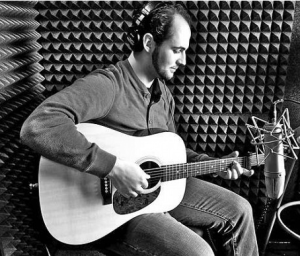